How to use TETRA and smartphones in a hybrid way

This is the second in a series of blog posts on how to bring smart and hybrid devices into professional use. We cover many topics to help organizations move from traditional radio communication to a system that adds complementary broadband data.

Today’s question is: How to use TETRA and smartphones in a hybrid way, or in other words: How does TETRA fit with smartphones?

Let’s say your organization has decided to adopt broadband and apps for professional use. How do traditional radios and radio communication fit in? And should they?

Availability: TETRA is a dedicated network always available to users. TETRA operators plan to keep their networks up and running until at least 2030.

Priorities: Many features in the TETRA network and in the radios ensure that the most important messages always get through, even with heavy traffic. Features like emergency calls, voice override in group calls (pre-emption) and talk group priorities meet the needs of organizations’ structures and operations.

TMO and DMO: In addition to functioning in network mode (trunked mode, TMO) TETRA radios can also communicate in direct mode (DMO). This means users can connect to each other even if there is no network available, for example, at the edge of the network’s coverage area, or when smoke diving. The DMO range is typically 3-5 kilometers. 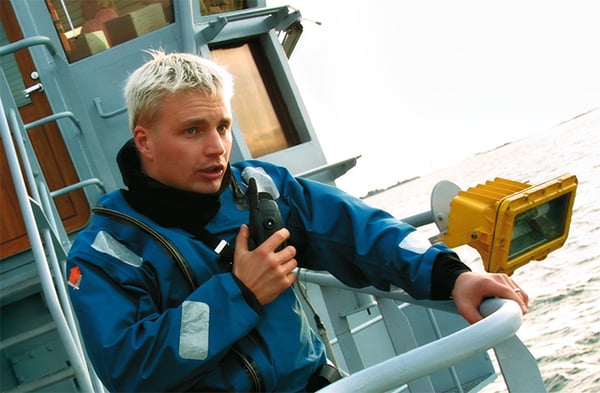 With these capabilities, TETRA and Tetrapol really are the reliable, efficient technologies for voice communications in mission-critical operations. What’s more, they support handy short text messages and status messages that are the basis for many authority operations.

For public safety and other authorities, TETRA or Tetrapol are likely to be the primary network for voice communications for a decade or even longer.

However, to transfer large amounts of data and multimedia, broadband is needed. The solution is a hybrid network - a TETRA/Tetrapol network with a parallel broadband network, either dedicated or commercial. Working seamlessly, such hybrid networks deliver the benefits of both mission-critical communications and professional broadband data and apps.

What can a hybrid solution bring to users?

Higher availability of services. The devices can use the best services available on either LTE / Wi-Fi or TETRA/Tetrapol. For example, the modern hybrid Tactilon Dabat device, equipped with the Tactilon Agnet app, can roam between TETRA and broadband, allowing group communication to continue even when the bearer changes. The ability to use a variety of bearers ensures users can communicate effectively in any environment with access to the network.

Better situational awareness. Applications using information from both networks can deliver a more complete picture of a situation. For example, video footage from drones, video from CCTV cameras, social media feed analysis and data in a variety of databases can be used to complement the information that people on site provide in their communications. This makes it easier for those in command to make the right decisions. They can also anticipate and prepare for what may happen next. Field users will be better aware of possible risks as well.

Smartphone users. Some of the people involved in operations may not be carrying a radio. But a proper hybrid solution makes it possible for radio users and their smartphone-carrying colleagues to communicate seamlessly. This allows situations to be managed effectively. Examples include contacting a medical expert to provide a rapid diagnosis or a city official to warn citizens about a dangerous situation. 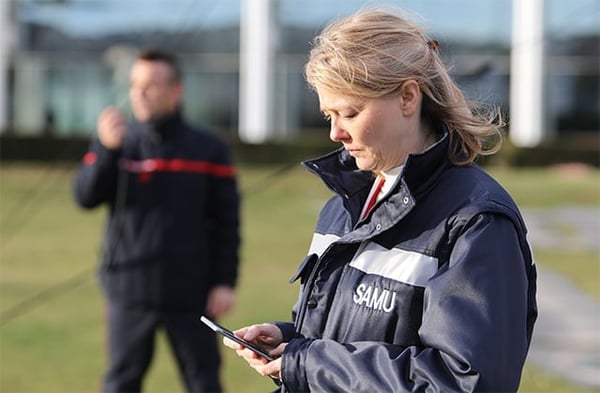 Professional apps. Giving people in the field access to critical information in databases or being able to validate a passport using either a radio or a smartphone are examples of professional applications that can help public safety organizations fulfil their obligations every day. A hybrid network’s ability to handle multimedia and other large data also enables a wider variety of apps to be used.

New data services. Traditional radio networks such as Tetrapol and TETRA offer data services, but a hybrid network can offer completely new types of apps based on broadband data: real-time multimedia information with mission-critical priority and security, for example.

Visual information for better decision-making. A broadband connection lets users share multimedia with colleagues or dispatchers. Smartphone users everywhere have learned to use photos and videos taken on their phones for all kinds of purposes, from pictures and video for evidence or for making video calls with colleagues.

Multimedia is increasingly used with automatic video analytics to detect and identify people through facial recognition and to identify vehicles by their type, color or registration plate.

Cameras have already opened great new possibilities for public safety professionals, and in a hybrid environment, storing and sharing photos and videos can be controlled by the user or performed remotely or even automatically. The user’s own situational awareness, safety and efficiency can be brought to a completely new level.

Video, online sharing or evidence for reporting. A video can be a personnel safety issue – for example when the dispatcher or field commander, with help of artificial intelligence, can observe a situation via a live feed from a video camera and send back up when needed.

Videos can be analyzed automatically and, when necessary, share the essential aspects of a current situation to all teams involved in the incident, with the same video used as evidence in reporting.

What should an organization consider when adopting hybrid communications?

Firstly, the organization needs to carefully plan how to bring broadband services and hybrid user devices into use, and how they should be used in operation. 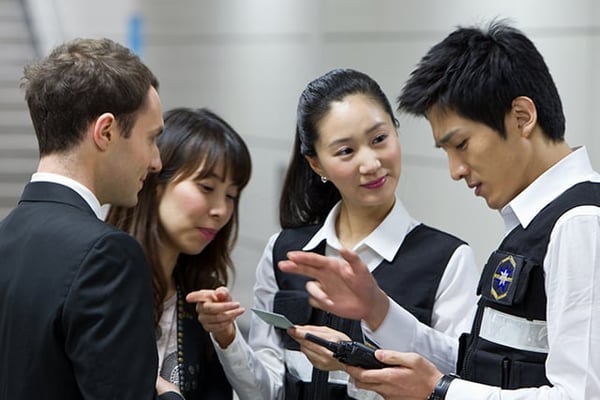 Secondly, the organization needs to decide and define which services and apps to use and then bring them into operation.

The next logical step is to create clear instructions and user guides for the services, devices and apps.

Finally, training the users is vital. Smartphone and app use in professional operations is different from casual, private use and people will need to follow procedures and rules.

How will TETRA and smartphones work together in a hybrid environment?

The users of a hybrid network need a broadband capable device in addition to their familiar radios. TETRA and broadband users have some options:

1. Carrying two separate devices – a TETRA radio and a smartphone.

2. Carrying two connected devices – a remote speaker microphone (RSM) with TETRA capability and a smartphone. The RSM would be connected to the smartphone.

There is another option.

4. Carrying one device – a hybrid, dual mode device that is a TETRA radio and smartphone in one, such as Tactilon Dabat from Airbus. 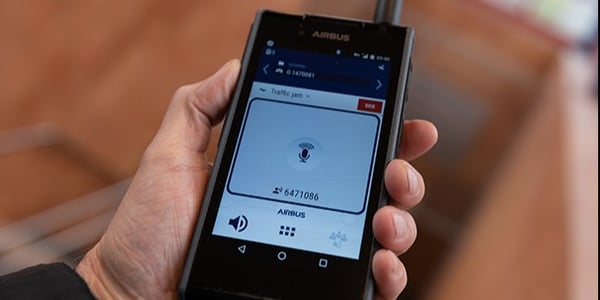 In addition to being handy to use, a single, hybrid TETRA+LTE device such as Tactilon Dabat can offer several practical benefits.

So there you have it – in an ideal scenario, TETRA and broadband will complement each other. And what is the ideal scenario? It is seamless evolution, because it minimizes the risks of introducing mission-critical broadband.

Mission critical communication systems are constantly evolving with the aim of improving security in the country, considering this, Airbus SLC created the secure mobile virtual operator MXLINK that offers a hybrid, interoperable model and unmatched coverage that allows you to connect simultaneously to the National Radio Communication Network (RNR), as well as to the country's TETRA networks offering the maximum available territorial coverage. By taking advantage of 4G / LTE technology, it has encrypted broadband technology to transmit voice, data, multimedia messaging, even video in real time.